To opt out of donating, use code Free2021 during registration

This course has been approved for 1 AIA LU

Thank you to our Sponsors! 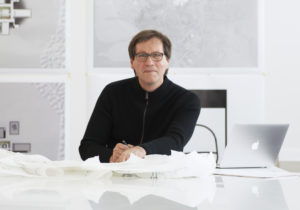 Since founding Thomas Phifer and Partners in 1997, Thomas Phifer has completed an expansion of the Glenstone Museum in Potomac, Maryland, an expansion of the Corning Museum of Glass in Corning, New York, the United States Courthouse in Salt Lake City, Utah, the North Carolina Museum of Art in Raleigh, North Carolina, the Raymond and Susan Brochstein Pavilion at Rice University in Houston, Texas, and numerous houses in the Hudson River Valley of New York State.

Ongoing projects include the Museum of Modern Art and TR Warszawa Theatre in Warsaw, Cine Colombia headquarters in Bogotá, an outdoor performance pavilion in Austin, a student center and an International Studies Center for Indiana University in Bloomington, and the South Battery Park City Resiliency Project in Lower Manhattan. Thomas Phifer is also engaged in private residences in Portugal, Texas, Maine and New York.

Since 1997, Thomas Phifer and Partners has received four Design Excellence awards from the General Services Administration and more than 20 honor awards from the American Institute of Architects, as well as numerous national and international citations. His projects have been published and exhibited extensively in the United States and overseas. A monograph on the work of Thomas Phifer and Partners was released in 2010 by Skira Rizzoli.